A visit from the grandkids and a request for a game led to the Battle of Kung Pao Aidan, a fight between Japanese forces and a Chinese army group trying to hold the key town of Kung Pao Aidan.  The Japanese pushed the Chinese out with the help of their tanks and aerial forces.  The rules were made up on the fly and casualties taken using the M44 dice.

Because it was nice out, we made it an outdoor Garden Wargame.  That worked out just fine.

Thanks to Jim for his help.  Starting positions. 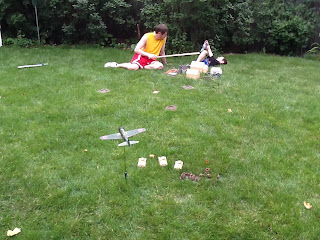 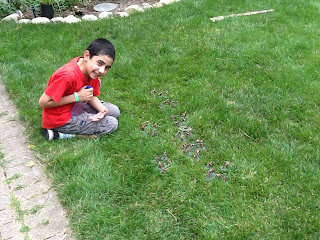 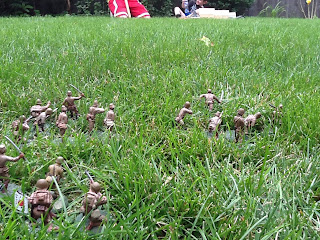 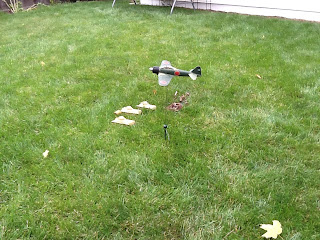 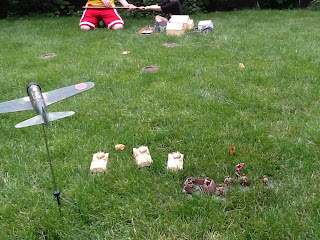 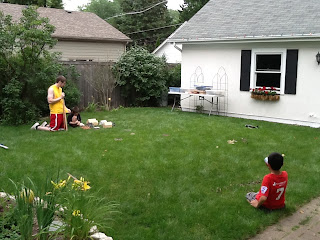 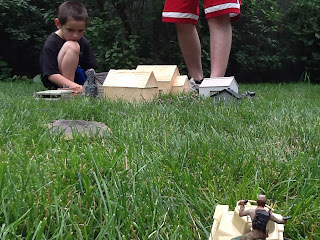 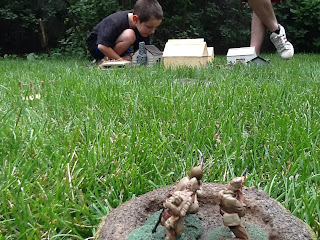 Lots of Japanese casualties as they advance. 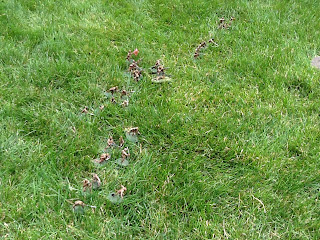 The town is dug in with a light tank to help in support.  The zero took out the Chinese artillery early on which made a big difference in the Chinese ability to keep the Japanese at long range. 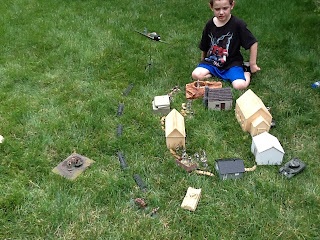 The Japanese zero comes back for its second pass over the town. 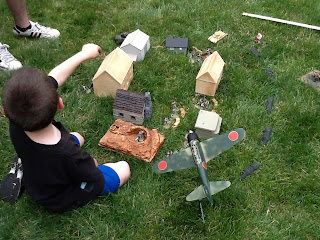 Email ThisBlogThis!Share to TwitterShare to FacebookShare to Pinterest
Labels: 54 mm

Bill Hupp
The past +10 years I have been concentrating on figures I can collect and paint with my kids and games they would enjoy. Turns out plenty of adults are happy to play a wargame that you can complete in 1-2 hours, that has lots of history baked into it, and that uses good looking military miniatures (aka toy solders.)